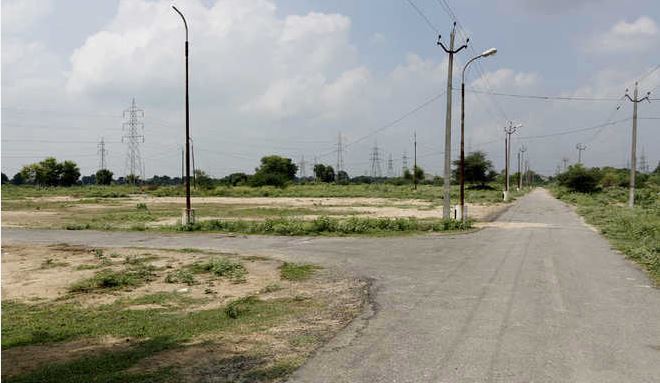 Jammu, 17-11-2022: The government of Jammu and Kashmir issued final notices on Thursday to rescind land allocations to 586 enterprises that failed to establish units as part of the much-publicized “new industrial development scheme.” According to sources, notices have been given since these units failed to deposit the land premium and execute the lease deed. As stated, this action has been undertaken to provide others in the long queue an opportunity. In order to promote fresh investment and bring industrial development to the block level, the Jammu and Kashmir administration in January 2021 launched a new industrial development scheme (IDS) with a total budget of Rs 28,400 crore.

Approved by the Government of India, the new IDS was not only meant for ushering in an era of socio-economic development in the region but also to take development to the block level and far-flung areas of Jammu and Kashmir. The final notices were issued by Jammu & Kashmir State Industrial Development Corporation (SIDCO) Managing Director Smita Sethi on Thursday. These allotted units include 462 in Kashmir valley and 124 in the Jammu region. Out of 586 allottees included 90 allottees of SIDCO Jammu ; 73 allottees of SIDCO Kashmir; 34 allottees of SICOP Jammu and 389 allottees of SICOP Kashmir. These units were granted 500 to 600 acres of land in dozens of industrial estates set up by the J&K government. Of these 423 units were given an allotment of lands by J&K Small Scale Industries Development Corporation Limited (SICOP) and 163 by SIDCO.

“As per record 586 allottees (of Industrial units) have not given any response and are liable for cancellation in terms of Jammu & Kashmir Industrial Land Allotment Policy 2021-30 despite repeated notices”, Sethi said in final and show-cause notice for cancellation of the allotment order.

The notice further said that as per the directions of the administrative department of Industries and Commerce on November 4, 2022, a final notice of 15 days is being served to all the (389) allottees from the date of issuance of this notice, who did not respond to earlier notices, to deposit the payment and complete formalities.
“Failing which it shall be presumed that they have nothing to say in their defence and the allotment order shall be deemed to have been canceled or withdrawn ab-initio if no convincing response is received during this period”, Sethi said.

She further said that in accordance with procedural guidelines to the Jammu & Kashmir industrial land allotment policy, 30 days’ notice was served upon the intended unit holders, who failed to deposit the payment and complete the requisite formalities. “Additionally a show cause notice of seven days and a final notice of five days were also served through email. They again failed to deposit the due amount and complete the necessary formalities”, MD said.

“There are 4500 applications in queue for grant of allotment in setting up units in J&K. If they don’t respond, there are others in the queue”, Sethi told the agencies. These units are bringing an investment of over Rs 3,000 crores and generating a job market of 7,000. As per the notice, SIDCO and SICOP issued land allotments or letters of intent (LOIs) in terms of Industrial Policy 2021-30 in compliance to the approval accorded by the high-level land allotment committee in its first meeting held on July 1, 2021, & December 30, 2021.
As per the terms and conditions of allotment orders, the allottees were required to deposit the land premium, execute the lease deed, and complete other formalities within 60 days time frame from the date of issuance of said allotment order. However some unit holders have failed to deposit the due amount & complete the necessary formalities within the stipulated time period, Sethi said.

Jammu & Kashmir Land Allotment Policy, 2021-30 provides a land allotment process and envisages that in case of non-execution of the lease deed, including non-payment of payable premium, even after the expiry of the notice period, the land allotment shall be cancelled by the concerned industrial development corporation immediately, she said.
As per the procedural guidelines, allotment policy provides that in case of failure on the part of allottees to make a total payment towards premium within the stipulated time from the date of allotment letter, violation of any condition of the lease deed, failure to come into production within the stipulated time, among others, the concerned estates officer shall immediately take necessary action for determination of the lease deed and eviction of the allottees under the said act and rules made there under.

Jammu and Kashmir have received investment proposals worth Rs 31,000 crore and has notified a new central sector scheme worth Rs 28,400 crore which is likely to provide employment to over 4.5 lakh people, the Rajya Sabha was informed in December last year. MoS Home Nityanand Rai said that the government has received investment proposals worth approximately Rs 31,000 crore