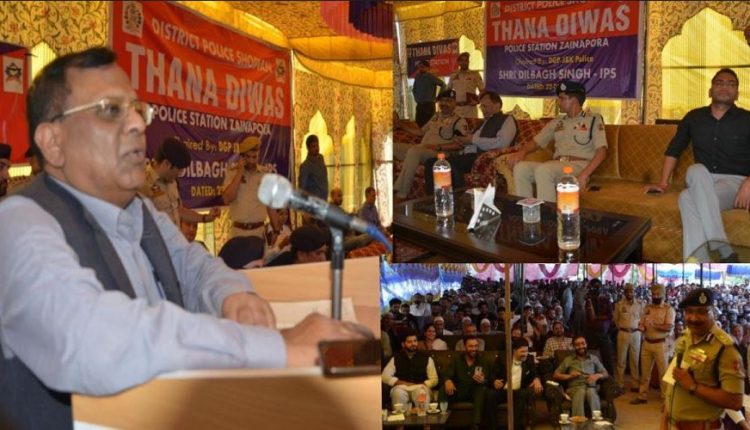 Pertinently, an initiative of government of J&K, “Thana Diwas” was organized to address the public issues including basic amenities in which members of civil society, Panchayati Raj Institutions, Transporters, Fruit Growers, members of Traders Federation, Youth, Nambardars and Chowkidars participated and presented their issues for redressal.

Celebrating the Thana Diwas is aimed at redressing the public grievances and providing the police services to the masses at their door steps to strengthen grassroot Police-Public bonds.

A record of all the complaints/ issues highlighted by the public on “Thana Diwas” along with its follow up is being maintained at each Police Station.

The issues and demands raised were patiently heard by the officers who assured the participants that the same would be redressed in a time bound manner.

The participants appreciated the role of police for taking tough measures in controlling drug menace in the area and conducting such interactive meetings which will further boost public faith in administration.