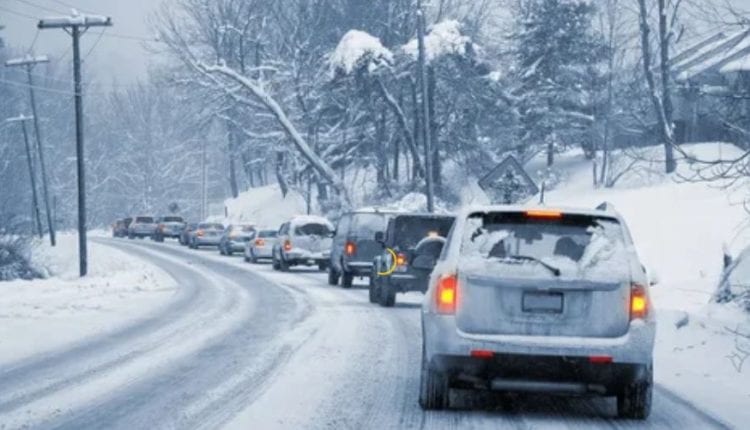 SRINAGAR, JANUARY 12:  After the recent snowfall, Divisional Administration of Kashmir under the supervision of Divisional Commissioner Kashmir, Pandurang K Pole achieved maximum success in restoration of power, roads for traffic movement and Water supply schemes in all the districts of valley.

According to the statement issued by Divisional Commissioner’s office regarding the present status of snow clearance and restoration of other facilities by line departments including Mechanical Engineering Department, Roads and Building Department, Urban Local Bodies, Jal Shakhti Department, KPDCL besides SMC, it is informed that under action plan 1st, MED cleared 100% roads from snow while 98% roads were also restored under action plan 2nd & 3rd till January 11, 2022.

Similarly it is informed that R&B department has successfully cleared snow from roads of length 5339 KMs out of 5535KMs under its jurisdiction. The R&B has deployed 366 snow clearance machines during the recent snowfall to restore the roads for traffic and public movement and has achieved the target of 96.45 % restoration of roads till January 11, 2022.

Likewise, ULB achieved the success in snow clearance from roads of 909 KMs out of 911. Besides, SMC has cleared hundred percent of 1143 Lanes mechanically while 5661 By-lanes manually.

It was further informed that the present quantity of rice available in the division is 68697MTs, LPG stock is available for 24 days, MS 14 days, HSD for 18 days.

Moreover, the report says that out of 483 WSS affected by recent snowfall 449 have been already fully restored by January 09.

At present on 14 WSS are to be made fully functional for which the work is going full swing.

The areas which have been affected due to snow  are provided water by the fleets of Jal Shakti water tanker besides DG are being used at water lift plants.

After recent snowfall, JKPDCL reported an outage of three 33Kv feeders and seventy five 11Kv feeders out of which all 33kv outages have been cleared while restoration of five 11Kv is under progress as per the report updated on January10, 2020.

Regarding the latest status of district Kupwara about restoration of facilities, it was informed that all roads including major roads and highways have been cleared from snow and are presently open for traffic.

Regarding status of power in Kupwara, it is reported that   twenty one 33kv feeders  out of twenty two are functional while seventy seven out eighty eight 11KV feeders are functional besides the men and machinery are on work to restore the remaining feeders.

It is also reported that five patients from Tangdhar have been airlifted for further treatment at Srinagar so for.

Similarly, in Bandipora, Snow has been cleared from all major roads while only Bandipora- Gurez & Gurez-Tulail roads are closed for traffic movement. Also,  all power  feeders have been restored in the district.

Further, it was informed that 7 WSS schemes affected by snowfall are likely to be restored in 2-3 days and 25 WSS schemes in Gurez Sub division are partially functional due to frozen conditions.

GCET Jammu organises online Workshop on “Be a Change Maker, Become an Entrepreneur-…