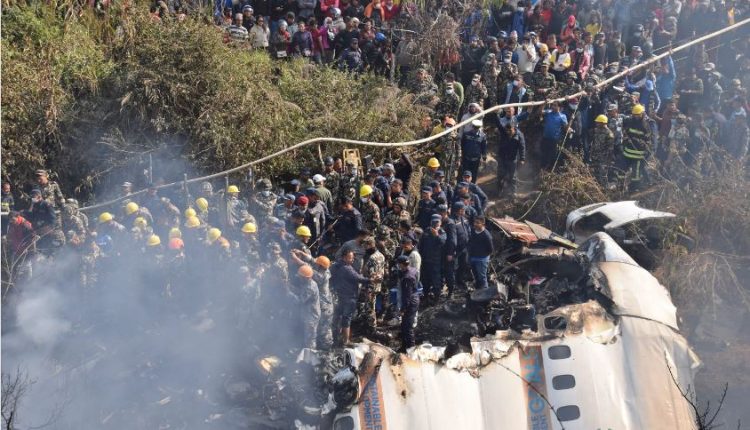 15-01-2023 : An ATR 72 aircraft of the Yeti Airlines with 72 people, including 10 foreigners, and four crew onboard crashed into a river gorge in Nepal on Sunday morning. According to the reports, the aircraft flew from Kathmandu to Pokhara and the accident took place while landing at the Pokhara airport. Massive rescue operation is on at the accident site. Media reports 68 bodies have been recovered so far.

Prime Minister Narendra Modi has expressed deep grief over the loss of lives. In his message, the Prime Minister said that pained by the tragic air crash in Nepal in which precious lives have been lost, including Indian nationals. He said, in this hour of grief, my thoughts and prayers are with the bereaved families.