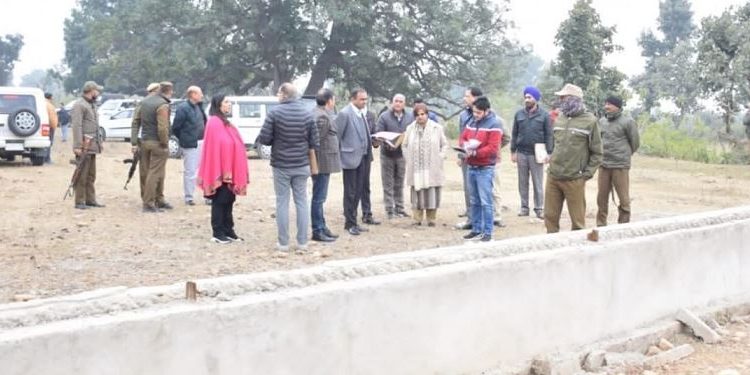 SAMBA, JANUARY 06: Divisional Commissioner Jammu, Ramesh Kumar, on Friday toured Industrial Area of Samba and reviewed the status of development of new Industrial Estates along with the status of land availability.

The Div Com visited village Meen Charkan in tehsil Bari Brahmana, where he issued on spot directions to revenue department to complete demarcation of balance land of the Industrial estate. He asked the Industries Department to start development of the Estate where land has already been handed over. He also visited Katli and Karandi in tehsil Samba where 222 kanal and 468 kanal of land respectively, has been handed over for developing the Industrial Estate. He asked the Industries department to immediately start development of the industrial Estates to enable setting up of Industrial units. He also directed to develop approach road to Estate after finalizing DPRs from executing agencies.

The Div Com directed MD, SIDCO to immediately take up the matter with district administration whenever the department faces any impediments. He also issued directions for expediting clearance of pendency in finalizing DPRs of road and other basic facilities.