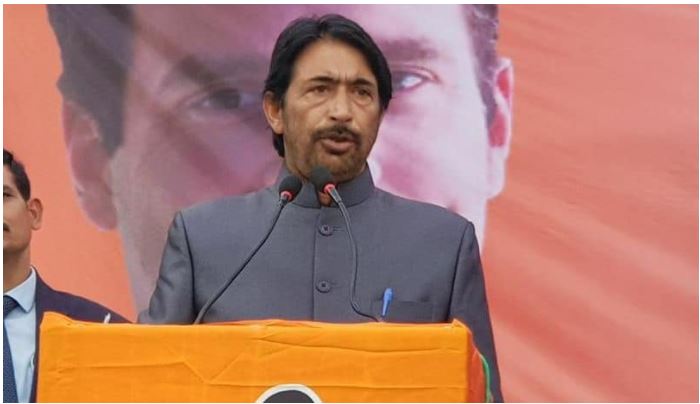 Verinag Jan 12. Expressing serious concern over the non-utilization of allocated developmental funds, the Jammu and Kashmir Pradesh Congress Committee (JKPCC) President Ghulam Ahmad Mir Wednesday slammed the administration for failing to ensure complete utilization of developmental funds.
Mir made these comments while completing his three day’s tour of far flung area of Dooru segment of Anantnag District.
JKPCC President Ghulam Ahmad Mir during his three days tour of Dooru (Anantnag) met cross sections of people and representatives of ULBs, Municipal Councils, Sarpanchs and Panchs, who briefed him (Mir) about the hardships confronting people due to the lack of development and redressal of other genuine needs.
JKPCC President also received feedback about the utilization of the developmental funds both in Urban and Rural areas while expressing serious concern over the non-utilization of funds allocated for developmental works, rural employment generation etc.
Mir said it was very sad to observe that in urban areas on 15 to 20% of the allocated funds have been spent and in rural areas 50% of funds have been utilized while remaining portion of the allocated funds have been left unutilized, terming it as the outcome of delayed decisions and other diversionary tactics on the part of administration on account of execution of developmental works.
Though the Govt was making tall claims with regard to development, but there was no development to be seen on the ground, sadly the allocated funds were not even being utilized properly, Mir said.
The centrally sponsored schemes especially rural employment generation, MGNREGA ,14th FC and similarly situated schemes have been badly impacted with result the people were not able to earn their livelihood in rural areas. The non-utilized part of funds were being diverted to other departments due to the delay in decision making, such negligence was bound to further impact the developmental process, which has already suffered huge setbacks due to wrong policies of the Centre towards J&K, JKPCC President asserted.
Mir asked the JK administration to setup a committee that will look into the delay in decision making on account of utilization of funds to fix responsibility, besides ensuring that there was no further delay in executing developmental works on ground, in future. The development of J&K should be the paramount for the administration and the delay in addressing the developmental needs must be thwarted, in the larger interest of the common people, Ghulam Ahmad Mir told the LG Administration.

ATV rally, Ski show held at Doodpathri;Destination is given special focus for winter…