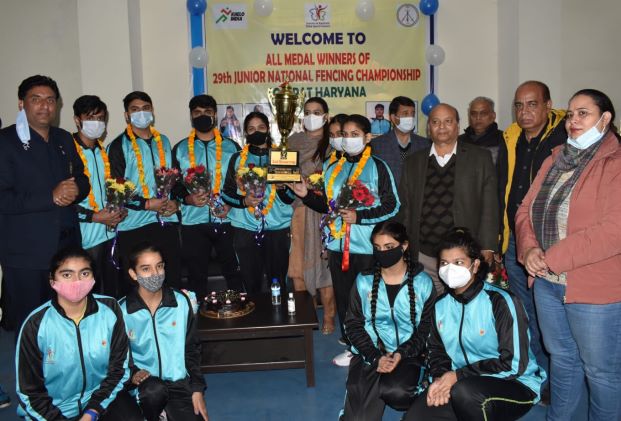 Secretary congratulated the medallists, coaches and members of the Adhoc Committee for their excellent performance in the championship and wished good luck for their future endeavours.

Rajeev Sharma, President Hockey J&K, who was the guest of honour on the occasion, also congratulated the medal winners and promised to felicitate the fencers of the UT J&K with latest equipments.

Rashid Ahmed, Convener of the Adhoc Committee presented the record performance of the players during the championship and expressed gratitude to J&K government and Sports Council for providing requisite sports facilities and support.

ATV rally, Ski show held at Doodpathri ; Destination is given special focus for…