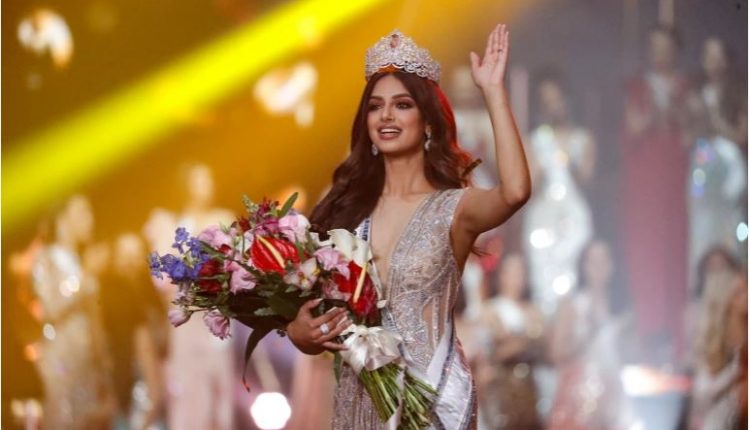 13-12-2021: India’s Harnaaz Sandhu makes history as she is crowned Miss Universe 2021. It’s a big day for the country as the crown is brought home 21 years after Lara Dutta won the title in 2000. Held on 12th December in Eilat, Israel, the 21-year-old from Punjab represented India at the 70th installment of the pageant.
Sandhu was presented the crown by Andrea Meza, former title owner from Mexico, at the event, which was live-streamed globally and had to edge out contestants from Paraguay and South Africa to claim the crown.