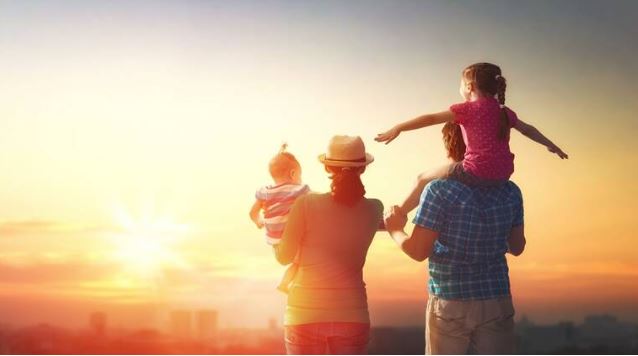 During the twentieth century, two American women were pivotal in reminding cultures of the need of honouring fathers and mothers whose efforts had been overlooked and unappreciated. Anna Jarvis of Philadelphia is credited with establishing Mother’s Day in the United States in 1914, while Sonora Dodd of Washington was instrumental in establishing Father’s Day as a national event in the United States in 1910. Every year, Father’s Day is celebrated on the third Sunday in June, whereas Mother’s Day is celebrated on the second Sunday in May. The Bible mentions father and mother as parents, instructing people to be submissive to their parents in the Lord. ‘Train up a child in the way he should go, and when he is old, he will not stray from it,’ says the Bible to parents who want to raise their children in the Lord’s way (Prov.22.6).In kindergarten, a mother is the child’s first teacher, and in primary school, a father is the second teacher. Both parents provide the groundwork for their children’s personalities and character. The ethical ideals that are promoted by the biblical foundation are also promoted. “Children, obey your parents in the Lord, for this is proper; that it may go well with you and that you may live long in the earth,” Ephesians 6:1-3 says. “Honor your father and mother,” reads Exodus 20:12, “so that your days may be long in the land that the LORD your God is giving you.” Obedience and respect for the father and mother are highly valued in the Bible. For children, obedience is not a one-way street; it involves both the father and the mother. “Fathers, do not provoke your children to rage; rather, bring them up in the discipline and instruction of the Lord,” reads Ephesians 6:4. For many centuries, the Bible portrays the father as the primary authority in the household. His word was unquestionable, his choice was definitive, and his influence was undeniable in all family matters. Dependability, involvement in family affairs, daily interest in everyone; values and respect for the children’s mother; is honest and ensuring that children value integrity; is a friend to his children; and is hardworking and a model of healthy work ethic are just a few of the qualities that make a good father. Even in a changing environment, a father can still make a difference by being a teacher, encourager, and role model for his family. In a child’s life, a decent father makes all the difference. On the other hand, a man can be good but a bad father. This is plainly demonstrated in the Bible when it comes to Eli (the high priest of Shiloh). Eli, according to the Bible, made mistakes as a father. He was a role model as a high priest, yet he failed to instill godly virtues in his sons. Fatherhood is a phrase that encompasses both child-rearing responsibilities and fathering activities, whether they are performed by biological or non-biological dads. In today’s world, a lack of paternity or a failure to provide direction has resulted in a slew of issues. On Father’s Day, honouring their fatherly responsibilities as loyal, faithful husbands and loving guides and companions to their children involves rededicating themselves to their godly duties.