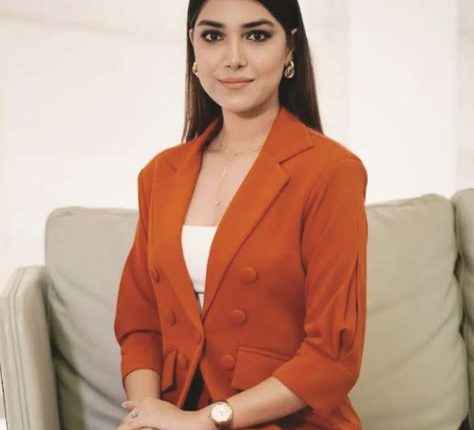 JAMMU, June 21: The country has got another beauty queen. Yes, the name of the winner of Mrs. India World 2022-2023 has come out. Let us tell you that Mrs. Sargam Kaushal has made this title her name. In fact, on June 15, the event was held at the NESCO Centre in Goregaon, Mumbai. Navdeep Kaur, who was the national costume winner at Mrs. India World 2021 and Mrs. World 2022, wore the crown on the head of Sargam.  She is the daughter of G.SKaushal and Meena Kaushal and Studied in Presentation Convent and Govt. College for Women Gandhinagar Jammu. After winning the title of Mrs. India World, now the Sargam Kaushal is going to represent India in Mrs. World 2022.

Sargam Kaushal has defeated 51 contestants from all over the country. In fact, the jury panel of Mrs. India World Pageant had prominent faces and the list included Vivek Oberoi, Soha Ali Khan, former cricketer Mohammad Azharuddin, and former Miss World doctor Aditi Govitrikar and fashion designer Masumi Mewawala. At the moment, it is not the place of Sargam’s skill’s happiness after winning the competition.

She said: “I’m very happy to be here. I can’t express my happiness in words. She’d wanted it for many years at the Crown.

I’ll meet you now at the next Mrs. World Pageant. Sargam’s skills look a lot more beautiful and stunning. Yes, and that’s why She deserves this title. At the moment, Sargam Kaushal is being congratulated by fans and his acquaintances. Sargam looks quite active on Insta and has 5,238 followers.