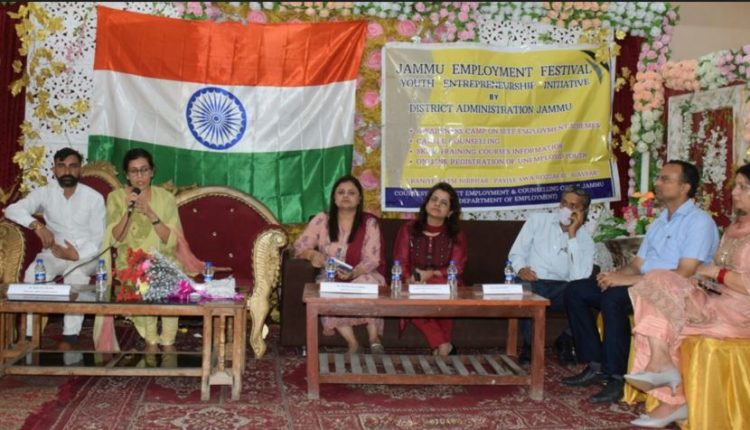 The camp was organised by District Employment and Councelling Centre under Youth Entrepreneurship Initiative of District Administration Jammu.

All the departments dealing with employment generation schemes and the financial institutions participated in the fair and displayed their products/ schemes in the stalls.

The experts of different departments were also available at the fair to guide the unemployed youth for setting up their own income generating units.

About 20 stalls were set up by different departments and banks to impart information to the unemployed youth regarding various schemes.

Career counseling, information regarding skill training courses was also imparted to the aspirants. On the spot online registration of unemployed youth was also done during the camp.

Speaking on the occasion, the Deputy Commissioner encouraged the educated unemployed youths to take optimum benefits of different schemes initiated by the UT Administration to address the un- employment problem.

She called for a change in the mindset of the un-employed youth towards entrepreneurship and encouraged them to become job providers instead of job seekers by setting up their own units by availing self-employment schemes offered by the government departments. She said that effective implementation of the self employment programmes under Central and State sectors were the key to address the challenge of unemployment and to enable youth to earn a dignified livelihood.