Strengthen BJP at all levels to get results like end of Art 370, surgical strikes: Kavinder 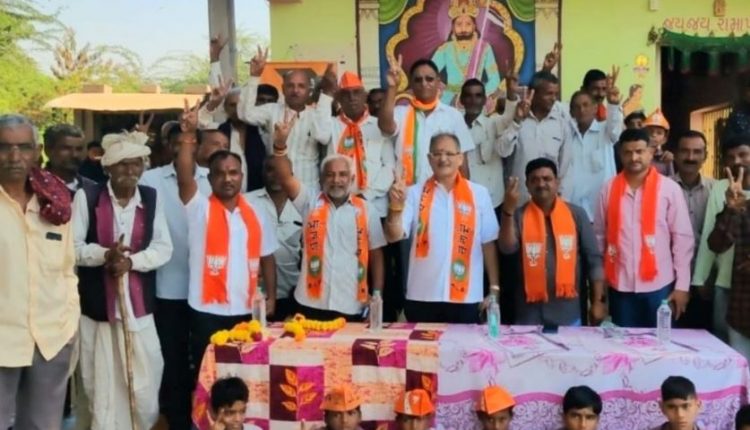 GANDHI NAGAR (Gujarat): Senior BJP leader and former Deputy Chief Minister of J&K, Kavinder Gupta has sought the support of people at all levels to strengthen BJP to get results like end of Art 370, air and surgical strikes, etc.

The senior BJP functionary was addressing a number of public meetings in over 20 villages in connection with Assembly Election in Gujarat.

Praising the Kashmir policy adopted by the BJP Government at the Centre, which lead to peace, normalcy and development in the Union Territory, Kavinder said that he has come to Gujarat on behalf of the people of J&K to express gratitude to PM Narendra Modi for doing phenomenally good in the troubled state which earlier was facing turmoil and mayhem.

The BJP stalwart was in Gujarat in connection with party’s carpet bombing campaign. Kavinder said that the scenario in J&K has changed totally after the BJP government took over the reins of the country as now tourism has replaced terrorism and development is the talk of the town, with big projects taking shapes in weeks and months, and people getting services at doorsteps without any hassle or hurdle.

Kavinder said that politically also the BJP Government has cleaned the environment by showing the right place to the dynastic parties and that is the reason that dynastic NC has been changing the guard and outgoing President is paving way for his son Omar Abdullah with a hope that again he will take the command of the party as if other leaders are only puppets. He said that whether it is NC or PDP, the aim is same to lead their parties which are not less that private limited companies.

The former deputy Chief Minister said that whether it is J&K or Gujarat, there are many leaders akin to Farooq Abdullah and therefore people should remain cautious of such leaders and go for the BJP, which is the nationalist and democratic party in real sense.