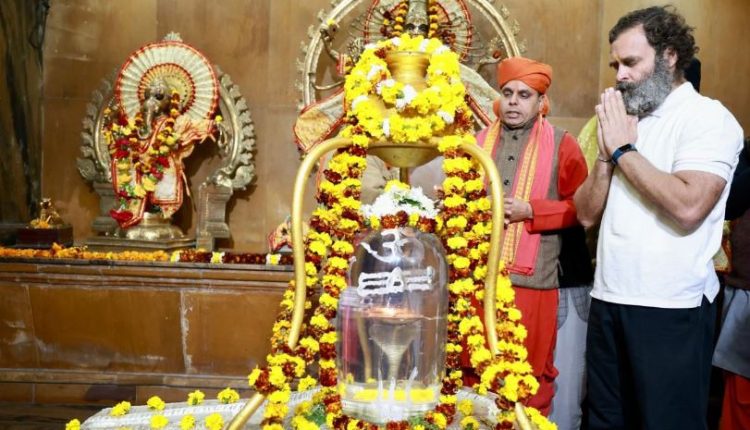 Jammu, Jan 23: Rahul Gandhi, the leader of the Congress, paid obeisance at the Raghunath Temple on Monday shortly after his Bharat Jodo Yatra entered the city. Gandhi, who was accompanied by senior party leaders, was garlanded by the priests at the temple.

Earlier, Gandhi’s yatra received a warm welcome as it entered Jammu from the adjoining Samba district in the afternoon with authorities further strengthening the security cordon around him.

Gandhi was welcomed by the general public and party supporters who had gathered in significant numbers on either side of the road. He spoke at the last event of the day in Jammu at Satwari Chowk.