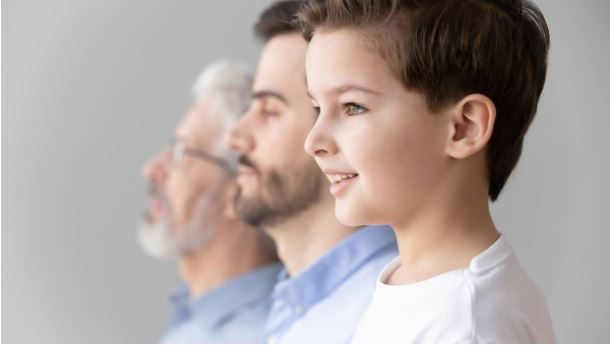 Many of us, especially elderly seniors, have a tendency to remember the past with greater fondness than the present or future, leading us to assume that things are worse today than they were previously. Was the past, however, as golden as our elders portray it? Sure, there was less corruption and pollution in our forefathers’ day, but was life as simple as we are told?

Most of us in the twenty-first century are much wealthier, much better protected against disease, and much more likely to live to old age than our forefathers. Almost everything a person may want or need is becoming more readily available. Despite the fact that many people still live in poverty, disease, and lack, our generation has more calories, watts, lumen-hours, square feet, megabytes, megahertz, light-years, nanometres, kilograms/acre, food miles, air miles, and, of course, rupees than any previous generation. We have an abundance of immunizations, vitamins, shoes, soap operas, footballs, and anything else we could possibly require. Even the poorest people now have access to cell phones, the internet, television, and even flush toilets, something even the wealthiest people could only dream of at the beginning of the century. In fact, few residences had restrooms or latrines in the past, and open defecation took place in narrow streets and alleys. There were no water hookups, taps, bathrooms, water heaters, or drainage. Standards for drinkable water and breathable air are now set by public health regulations.

Many of us live in a climate and disease-controlled environments. Despite this, we are more concerned than ever before. Why? People believe that life used to be better. They say that morality has been lost along with simplicity, tranquillity, sociability, and spirituality in life in the distant past. The pounding has become a cacophony, and the generation that has experienced more abundance than any other in history is gulping down doom at every turn. The endless modern laments about how texting and emails are shortening the attention span seem to go back to Plato, who deplored writing as a destroyer of memorizing as if every generation since the Paleolithic has deplored the fecklessness of the previous and worshipped a golden memory of the past.

The term “rosy retrospection” comes from the English idiom “rose-tinted glasses,” which refers to those who perceive things to be better than they are. We have a tendency to remember the past more fondly than the present or the future, which leads us to assume that things are worse now than they were previously. When we watch the news, it’s tough not to believe that things are only getting worse.

As we listen to elders recount stories about the good old days while lamenting modern society, our perception of the present becomes clouded as negative, and we reflect on the past with rosy nostalgia, nostalgia, and romanticism. Our survival instinct keeps us alert to threats and dangers and never allows us to get complacent. Despite the fact that we have progressed from our more basic days in today’s world, we still see our current socioeconomic status as threatened, which leads to negative views toward others. Furthermore, our current emotions, which are distorted by a negativity bias, have far more weight in decision-making than our previous emotions. We have a tendency to believe that things are worse today than they were before and that the downward trend will continue.

We lose sight of how far we’ve come by romanticizing the past. It appears that no matter how bad things are now, people will always believe that things were better in the past. Having a more rosy view of the past, which for most individuals is young adulthood, corresponds to more emotionally salient memories, as well as recollections of young adulthood free of anxieties and responsibilities, which are rich enough to build a rosy picture of the past. The most vivid long-term memories are frequently obtained from the ages of 10 to 30, with memories of personal occurrences occurring throughout one’s 20s, when many of life’s key occasions occur.

This is known as the reminiscence bump. It is likely that there were similar wars and protests as we have now when they were younger, but then these aren’t the events people associate with their younger days.