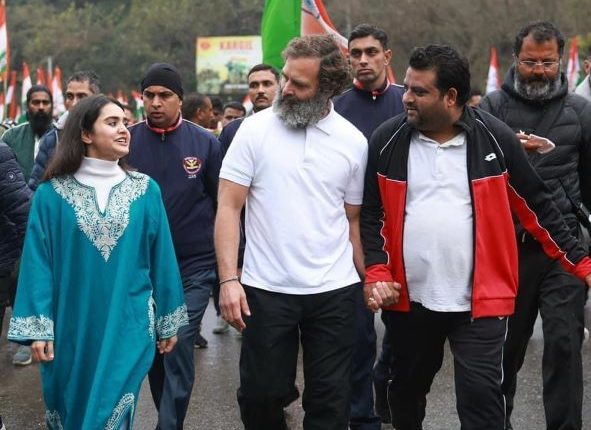 Share
Jammu: Senior Kisan Congress leader Bharat Priye participated in Rahul Gandhi’s Bharat Jodo Yatra. During this Bharat, Priye discussed with Rahul Gandhi the problems of the farmers of Jammu and Kashmir.
He also told the former Congress MP about inflation, unemployment, corruption, terrorism, rigging in government job recruitments in the UT. After talking to Rahul Gandhi, Bharat Priye said that the love that the Yatra has received from Kanyakumari to Kashmir proves that Rahul Gandhi is dear to every heart. By covering a long distance of 3500 kilometers on foot, Rahul Gandhi has proved that the Gandhi family and the Congress have the will to die for the country.
Today’s leaders are roaming here in ships worth billions of rupees and cars worth crores of rupees, so at such a time, Rahul Gandhi has given the message of unity and brotherhood by walking across the country.
discussed problems of farmers with Rahul
Share