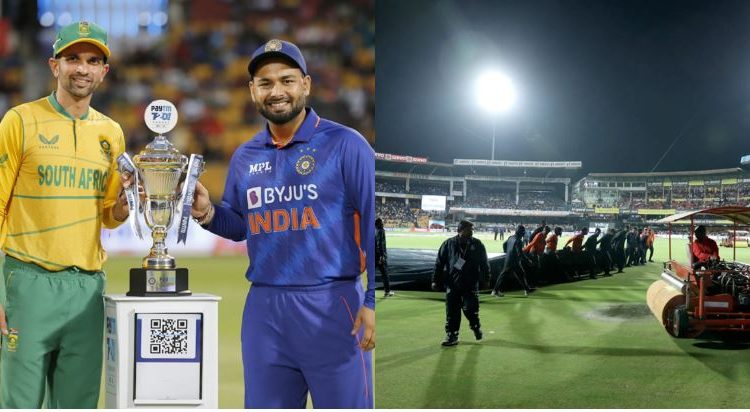 The rain had earlier interrupted the start of play after Proteas elected to bowl first and it had been reduced to 19 overs per side.

Put into bat first, India were 28 for the loss of two wickets after 3.3 overs before rain came back and match was called off.

Visitors won the first two matches before the hosts bounced back to level the series at 2-2.