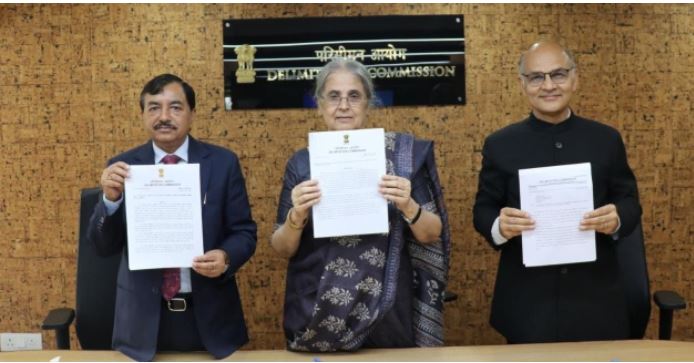 05-05-2022 : In its final order on Thursday, the Delimitation Commission for Jammu and Kashmir recommended additional seats for Kashmiri migrants and displaced persons from Pakistan-occupied Kashmir.

The Delimitation Commission, chaired by Justice Ranjana Prakash Desai, a retired Supreme Court judge, met today to finalise the Delimitation Order for Jammu and Kashmir. The decree will take effect on the date set by the central government, according to the Gazette notification.

For the first time, nine Assembly Constituencies (ACs) have been reserved for the Scheduled Tribes, out of which, six are in Jammu region and three in Kashmir. The constitution of the erstwhile Jammu and Kashmir state had no provision for the reservation of seats for Scheduled Tribes in the Legislative Assembly.

According to the final Delimitation Order, 43 assembly constituencies would be in the Jammu region and 47 in the Kashmir region of the union territory.

For the first time, all five parliamentary constituencies will have an equal number of assembly seats. For the purposes of delimitation, Jammu and Kashmir has been viewed as a single entity.

Some assembly constituency names have also been modified in response to local representatives’ requests.

Patwar circle, according to the announcement, is the lowest administrative unit that has not been broken. All assembly constituencies will be located within the district’s boundaries.

In the Legislative Assembly, the Commission suggested at least two members from the Kashmiri migrant community (one of whom must be a woman). It stated that such members may be given power in conjunction with nominated members of the Puducherry legislative assembly.