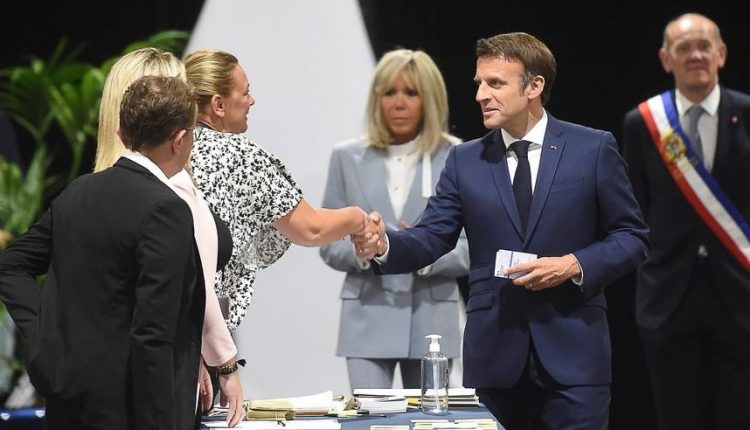 20-06-2022 : French President Emmanuel Macron’s centrist alliance Ensemble was projected to lose its majority despite getting the most seats in the final round of the parliamentary election yesterday, while the far-right National Rally appeared to have made big gains.

The projections, which are based on partial results, show that Macron’s candidates would win between 200 and 250 seats, much less than the 289 required to have a straight majority at the National Assembly, France’s most powerful house of parliament.

A new coalition, made up of the hard left, the Socialists and the Greens, is projected to become the main opposition force with about 150 to 200 seats.

National Rally is projected to register a huge surge with potentially more than 80 seats, up from eight before.

Polling was held nationwide to select the 577 members of the National Assembly.

According to the Interior Ministry, the legislative elections are contested between three blocs that were leading the first-round race, namely President Macron’s centrist alliance Ensemble, left-wing alliance NUPES led by Jean-Luc Melenchon, and far-right party National Rally led by Marine Le Pen who lost the presidential election to Macron in a run-off in April.

Mr Macron had more than 300 seats in the outgoing parliament.