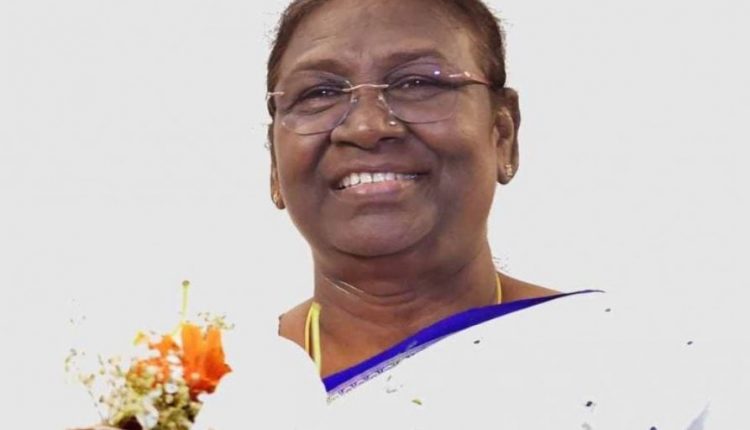 New Delhi, October 1: President Droupadi Murmu greeted citizens on the eve of Gandhi Jayanti and said it is an occasion for all to rededicate themselves to the values of peace, equality and communal harmony.
“On the occasion of the 153rd birth anniversary of Mahatma Gandhi, I pay homage to the Father of the Nation on behalf of all fellow citizens,” she said in a message to the nation.

Gandhi Jayanti is an occasion for all of us to rededicate ourselves to the values of his inspiring life – peace, equality and communal harmony, the president said.

Observing it this year assumes a special significance as the nation has been celebrating the Amrit Mahotsav, marking 75 years of Independence, Murmu said.

This is the time, for all of us, to work towards the realisation of India of Gandhiji’s dreams, she said.
A century ago, Gandhiji inspired millions with his call of ‘Swadeshi’ and his stress on self-reliance, Murmu said.

“The making of an Atmanirbhar Bharat, which is under way, is thus inspired by the vision of the Mahatma and is intended as a true tribute to him. The India of his dreams is a clean India, a healthy India. The initiatives taken in this regard have been bearing fruits now,” Murmu said.

As we enter the ‘Amrit Kaal’, the period before the centenary of Independence, it is heartening to note that the young generation too has been taking inspiration from Gandhiji’s works, the president said.

When the world is going to face more and more complex challenges, his life continues to serve as a lighthouse, helping us negotiate the path amid turbulent waters, Murmu added.

Gandhiji showed to all humanity its true potential, and proved the power of compassion, she said.

“Let us again take the pledge to walk on his path, the path of truth and non-violence, to promote mutual goodwill and to work towards the progress of the nation and the world,” President Murmu said