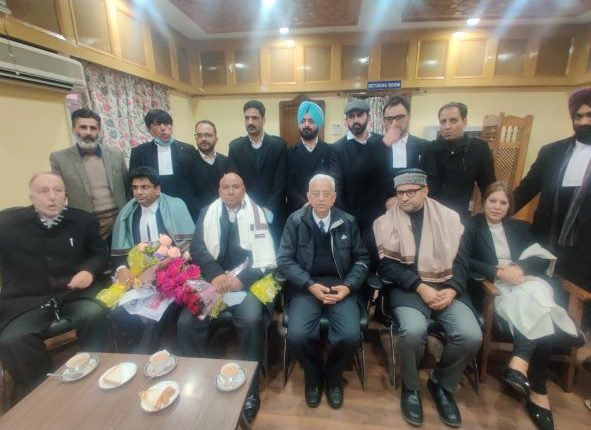 The participants highlighted and praised the contribution of the outgoing Law Officers in a very cordial atmosphere and stated that these Officers always lend a helping hand to their colleagues/ juniors as and when the need arises.

The outgoing Law Officers praised the Advocate General for his keen and timely guidance in discharging their duties during their tenure.

The Advocate General in his speech stated that for good and healthy organizational behaviour, such parties prove really a memorable relationship among the Law Officers and continuation of such events is need of the hour in honour of memorable time; the team has in a joint coordinated effort achieved. The newcomers, who were also present, were also given warm welcome to become part of the team and to work in a coordinated and positive approach.