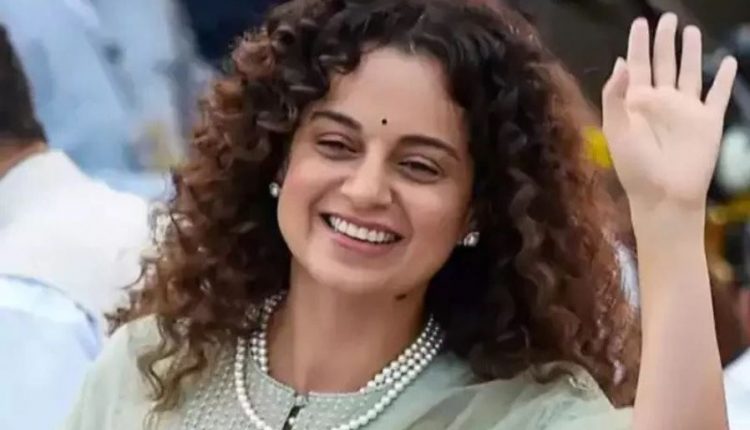 30-10-2022 : Himachal Pradesh is about to have assembly elections. Kangana Ranaut, a Bollywood actress, has long been the subject of rumours that she might enter politics. Kangana had already met Jai Ram Thakur, the state’s chief minister. The actress Kangana Ranaut has stated that she is prepared to enter politics in order to serve the public. Kangana complimented Prime Minister Modi while making fun of Rahul Gandhi and Arvind Kejriwal in the dialogue. She said that there is no competition between Rahul Gandhi and Narendra Modi. They should not even be compared. On the other hand, taking a jibe at Arvind Kejriwal, Kangana says, the people of Himachal do not want free electricity. The people here make their own electricity.

Kangana said that a great man like PM Narendra Modi comes only once in history. Kangana was speaking in the India Today program. On the question of joining politics, the actress said, ‘Whatever the situation will be, the government wants my participation, I will do that and I am ready for my participation.’ Kangana further says, ‘As I said it would be great if the People of Himachal Pradesh give me a chance to serve. Surely it will be a matter of luck.

Supporting Narendra Modi, Kangana says, ‘Himachal is too raw right now. The idea of ​​what kind of future we should have has just begun. After the consciousness that was transmitted in the country after 2014, people are now feeling that they are a permanent part of the country. Different types of rumors were also spread about me that do black magic, eat raw meat, do not cook food. My North East friend during my college days also had to face this. Even though consciousness has come in people now but more awareness is needed now. Now family supports BJP

Kangana’s family has been a supporter of Congress. Kangana said that after the arrival of Modi ji in 2014, there was a sudden transformation in my family. My father told me about Modi ji for the first time and in 2014 we officially converted to BJP.’ Kangana says, ‘Now my father used to say Jai Modi ji in the morning and Jai Yogi ji while sleeping in the evening. Huh. He has completely converted to BJP.

In praise of Narendra Modi, Kangana said, ‘He is very approachable. They talk about farmers, they talk about business. He connects with every human being and everyone feels it. If you ask anyone, he will say that Modi Ji belongs to me. The most beautiful thing about a leader. He transformed Gujarat. The whole world is considering us as Vishwaguru. The way covid times were handled. This list can never end. Are revered for us.’