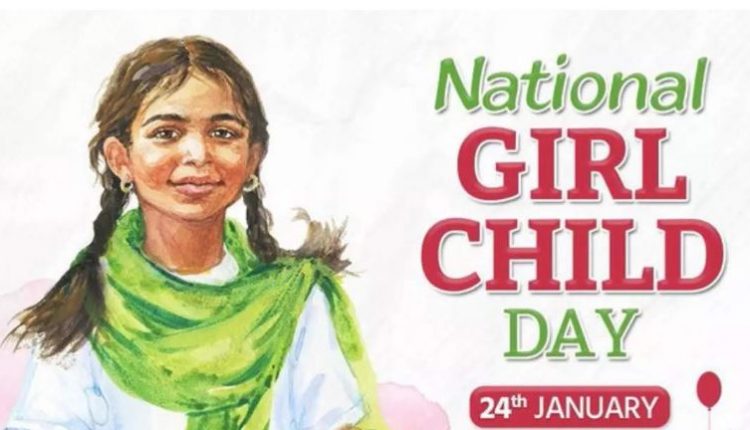 24-01-2023 : National Girl Child Day is celebrated on January 24th in India. The day was established in 2008 by the Ministry of Women and Child Development to raise awareness about the discrimination and injustices faced by girl children in Indian society.

The goal is to support the nation’s girl children, eliminate gender biases, and emphasize the importance of education, health, and nutrition. The day is celebrated nationwide with planned activities such as awareness campaigns for Save the Girl Child, child sex ratios, and the development of a safe and healthy environment for girls.

The government has taken several steps to fulfill the objectives of National Girl Child Day, including initiatives and campaigns such as Save the Girl Child, Beti Bachao Beti Padhao, and subsidised or free education for girls.

The main aim of the day is to raise awareness of the disparities that girls face in various areas, including education, employment, and clothing, and to change the attitude towards the girl child so that she can be valued and respected. The day serves to educate people at large about the importance of girl children and the declining sex ratio in India and to eventually change their mindset. To create a safe environment for girls to live safely inside and outside their homes.

According to data from the Indian government, the child sex ratio in India has been on a decline in the last few decades. The child sex ratio, defined as the number of girls per 1,000 boys aged 0-6, has dropped from 945 in 2001 to 919 in 2011. This decline is attributed to a preference for sons over daughters and the practice of sex-selective abortion. As of 2021, India’s child sex ratio is 933 girls per 1,000 boys. Additionally, there is a significant gap in literacy rates between men and women in India, with the literacy rate for women at 66.5% compared to 82.1% for men. These statistics highlight the ongoing challenges faced by girl children in India and the importance of initiatives such as National Girl Child Day and government programs to address these issues and promote gender equality.