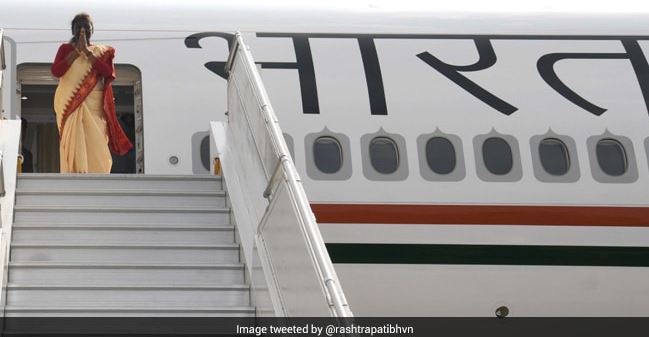 17-09-2022 : President Droupadi Murmu left for London, United Kingdom on Saturday afternoon to attend the State Funeral of Queen Elizabeth II and offer condolences on behalf of the Government of India.

Queen Elizabeth II, the former head of state of the UK and Head of the Commonwealth of Nations passed away on 8th of September. President Murmu, Vice President Jagdeep Dhankhar and Prime Minister Narendra Modi have expressed condolences at the demise of the Queen. External Affairs Minister Dr. S. Jaishankar visited the British High Commission in New Delhi on 12th of September to convey India’s condolences. India also observed a day of national mourning on 11th of September.

External Affairs Ministry said that in the 70 years of reign of Queen Elizabeth II, India-UK ties have evolved, flourished and strengthened immensely. She played an important role in the welfare of millions of people around the world as Head of the Commonwealth.