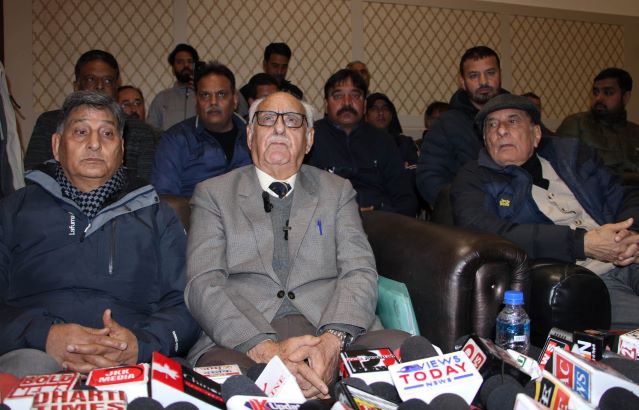 07-01-2023 : A meeting of the General Council of the JKCA was held on 7th January, 2023, at Amar Singh Club, Jammu, J&K. The meeting was attended by all the representative members of the affiliated Clubs of the JKCA. The meeting was also attended by Senior members which also include Mr. M.L Nehru (Ex-Vice President of BCCI). The JKCA members expressed their dismay over the conduct and behavior of the BCCI who have acted in a manner which is detrimental to the JKCA and the state of cricketing activities in J&K in addition to being in complete violation of the Judgment of Hon’ble High Court as well as the Apex Court. The Hon’ble Court vide its Judgment dated 13th October, 2017 in OWP titled ‘Gurmeet Singh & Ors Vs State of J&K & Ors, dated OWP No. 787/2017 c/w 464/2017, 1970/15 & 576/17″, appointed administrators for a period of two months, with a restrictive mandate of holding free election after the association amends it by-laws.

However, instead of abiding by the judgment of the Hon’ble High Court, the CEO and the Court appointed Administration tried to usurp the JKCA. The Authority of the CAAs was challenged by the JKCA members and the Division Bench of the Hon’ble High Court vide it’s judgment dated 23.03.2021 terminated the mandate of the CAA and the CEO and nullified all the actions taken by them and instead directed the BCCI to appoint an interim. Committee which would look after the affairs of the JKCA till it’s members formally adopted the constitution amended by the General House of the JKCA and till elections were held of its office bearers. However, consequent to the Judgment dated 23.03.2021 of the Hon’ble HC in Writ Petition titled ‘YCC & Ors VS BCCI & ors”, the sub-committee appoint by the committee constituted by the BCC), shockingly. instead indulged into similar behavior as that of the earlier CAA and instead of calling the meeting of the JKCA General Council, opted to usurp the functioning of the JKCA.

Despite numerous request, the sub-committee acted completely contrary to the stand of BCCI in the Hon’ble High Court as well as the order/ directions of the Hon’ble High Court in Judgment dated 23.03.2021 Constrained by these action of the BCCI the General Council of JKCA in today’s meeting unanimously resolved as follow: 1. The BCCI is requested to immediately convene a meeting of the JKCA General Council for the finalization of the Amended constitution already adopted by the JKCA General Council and communicated to BCCI through its authorized representative Mr. M.L Nehru (Ex-Vice President of BCCI). 2. That, the sub-committee appointed by the committee constituted by the BCCI has no legal authority/ basis to supersede the General Council of the JKCA or its working committee, hence any expenditure incurred as well as decision taken by the said sub-committee without the approval of the JKCA members is devoid of any legal sanctity. 4. That, the cricketing activities in the territory of J&K has immensely suffered on account of the transgression by consecutively appointed committees and their usurping of the functions and powers of the JKCA members, therefore, to restore the democratic rights of the JKCA members, the election to the office of the JKCA are a must and must be immediately held.