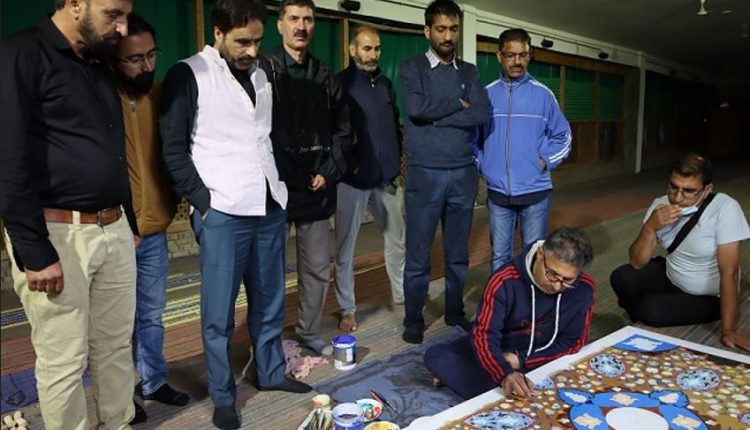 SRINAGAR, JUNE 18: The department of Handicrafts and Handloom Kashmir today continued the Craft Safari post recognition of Srinagar as the UNESCO creative city in the field of Craft and Folk Art in the ninth edition. The team of the officers from the Handicrafts and Handloom Department, Intellectuals, Academic Scholars, Journalists, Tour operators, Students and people from other fields completed today’s safari defying the rains in the Zadibal area of Srinagar City. The Safari started from Jalali House Donipark Zadibal.

After traversing the lanes and by lanes amid heavy rainfall the team then concluded the Safari by visiting the Imam Barda to see the marvellous combination of  Kahatmaband with paper machie work on it.

Speaking on the peripheries of the safari the Director Handicrafts and Handloom Kashmir Tariq Ahmad Zargar characterized the artisans of Kashmir  as versatile with diverse skills considering the fact that Srinagar city known for its  cultural heritage and eternal assortment of arts and crafts has a treasure of handcrafted artefacts which add to the city’s pride of being a symbol of heritage.