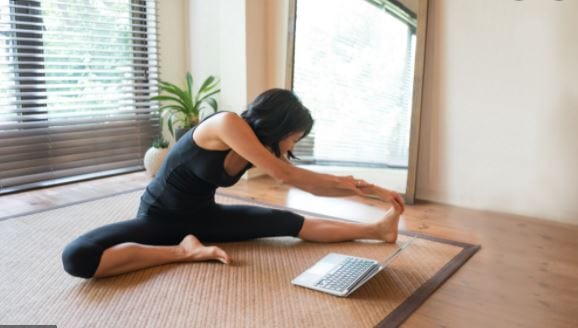 SRINAGAR, JUNE 19: Three heritages sites of Jammu and Kashmir have been chosen among 75 prominent heritage spots for special events on June 21 being celebrated as International Yoga Day.

These included Suchetgarh in RS Pura sector along International Border with Pakistan in Jammu, historic Dal lake in Srinagar and Martand Sun temple in Anantnag.

For the first time, all 75 Central Ministers will be visiting one historically significant spot each across the country on the occasion of International Yoga Day.

Prime Minister will lead Yoga Day celebrations at Mysore Palace in Mysuru in Karnataka while Defence Minister Rajnath Singh will be in Coimbatore (Tamil Nadu) and Union Home Minister, Amit Shah at Trimbakeshwar temple at Nasik in Maharashtra.

Notably, the draft resolution for establishment of International Yoga Day was proposed by India and supported by 175 member states. Prime Minister Narendra Modi, in his speech at the 69th session of the General Assembly in 2014, first proposed the idea.

In the UN General Assembly, Narendra Modi said “Yoga is an invaluable gift of India’s ancient tradition. It embodies unity of mind and body; thought and action; restraint and fulfillment; harmony between man and nature; a holistic approach to health and well-being. It is not about exercise but to discover the sense of oneness with yourself, the world and nature. Changing our lifestyle and creating consciousness, it can help us deal with climate change. Let us work towards adopting an International Yoga Day”.

The significance of the chosen date is that it is the Northern Hemisphere’s longest day, which is commemorated as a culturally significant day in various areas of the world. It is also mark start of summer.

The first Yoga Day was celebrated in 2015, with India achieving two Guinness World Records: The Record for ‘the largest yoga class’ and record for ‘largest number of nationalities at a yoga event’.

The theme for the 8th edition of the International Yoga Day is ‘Yoga for Humanity’. People from all across the world celebrate the event with utmost dedication, and several competitions are held to motivate individuals to participate in the event.

United Nations (UN) describes the essence of yoga as creating balance and harmony. UN says, Yoga is “not just about balance within the body or that between the mind and the body, but also balance in the human relationship with the world.”

“Yoga emphasizes the values of mindfulness, moderation, discipline and perseverance. When applied to communities and societies, Yoga offers a path to sustainable living,” the UN states further.

COVID-19 pandemic present resurgence has added stress and anxiety among the people. The disease and isolation are not only affecting the health of the patient but also affecting their emotional health and even that of his family members.  Yoga helps to deal with these types of issues. It helps us to build up psycho-physiological health, and emotional harmony; and manage daily stress and its consequences.