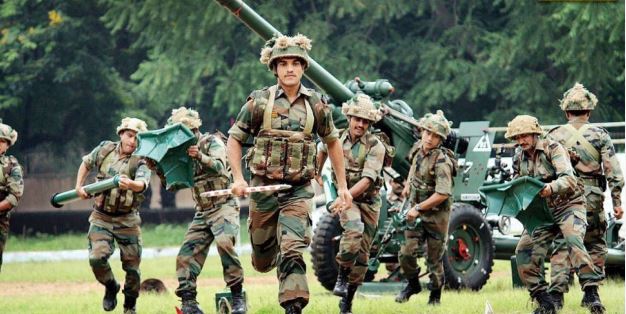 20-06-2022 : The Indian Army today issued notification for the recruitment for Agniveers under the newly launched Agnipath scheme. The registrations will be opened from July onwards by the respective Army Recruitment Offices (ARO) for various trades. Registrations can be done through Indian Army’s website joinindianarmy.nic.in

In the notification, Indian Army said, personnel enrolled through Agniveers scheme will be required to undergo periodical medical check-ups and physical, written and field tests. The performance would be considered for subsequent offer for enrolment in the regular cadre. It has been stated in the notification that Agniveers can be posted to any regiment and can be further transferred in organisational interest and all agniveers will be discharged on completion of four years of service. Based on organizational requirement and policies, Agniveers who are completing their engagement period in each batch will be offered an opportunity to apply for enrolment in the regular cadre of Indian Army. It has been clearly stated that not more than 25 per cent of each specific batch of Agniveers will be enrolled in regular cadre of the Indian Army post completion of four years’ engagement period. Agniveers enrolled as regular cadre would be required to serve for a further engagement period of 15 years in the Indian Army.

In the notification, it has been said, on discharge after completion of four years, Agniveers will be paid a Seva Nidhi to enable them to return to the society for pursuing employment in other sectors. Agniveers will not be eligible for any kind of pension or gratuity. They will not be eligible for Ex-Servicemen Contributory Health Scheme, Canteen Stores Department facilities, Ex-Servicemen status and other related benefits. Annual leave may be granted upto 30 days per year. At the end of engagement period, a skill set certificate will be provided to Agniveers, highlighting the skills and level of competency acquired by the personnel during their engagement period.