Many from Udhampur joint Party 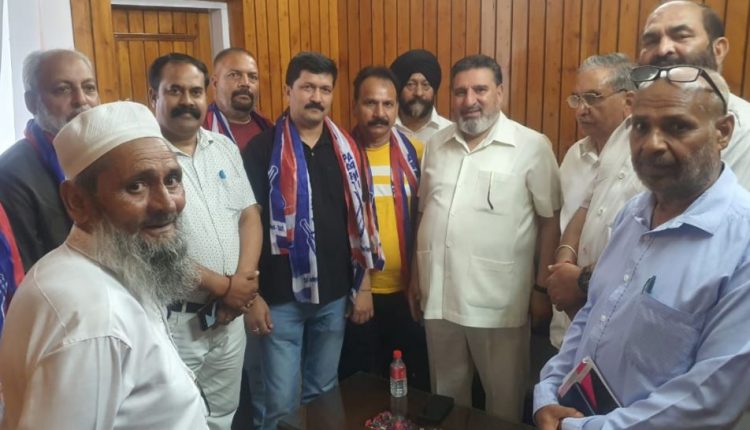 JAMMU, JUNE 17, 2022: Apni Party President, Syed Mohammed Altaf Bukhari today said that Apni Party represents the aspirations of the people of both the Regions of Jammu and Kashmir.

Addressing a joining programme, Altaf Bukhari said that the joining of people from different segments of life shows that Apni Party has been able to win the confidence of the people who belong to various areas of the Jammu region.

He welcomed them into the Party and said that the Party is committed to the development of all the regions and expressed his concern over the underdevelopment in remote areas of the Jammu region in particular Udhampur District and its rural belt.

He said that if the Apni Party comes to power, we will work for the equitable development of all the regions and villages, in particular with improvement in the supply system of clean drinking water, electricity, health care and education systems in J&K.

“The traditional political parties have exploited the people as their vote banks. However, they were not able to fulfill the commitments made to the people. However, The Apni Party will leave no stone unturned to fulfill the aspirations of the people of both the regions,” he added.

He, however, hoped that the Udhampur District Committee will work among the people by highlighting their issues for the early redressal.

Waqf Board imposes ban on receiving of donations forcibly & through exploitative…