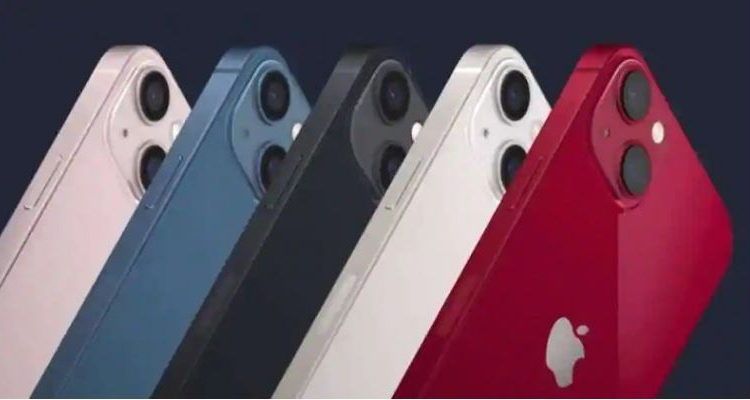 According to Apple, the iPhone 13 has a smaller display cut-out, or ‘notch,’ at the top of the screen, as well as bigger batteries that offer between 1.5 and 2.5 hours of battery life, depending on device size, compared to last year’s models. To entice customers into 5G plans, Apple Inc. introduced the iPhone 13 and 13 Mini, as well as updates to its iPads and wearables.

The iPhone 13 will come in five colours and will have a new chip called the A15 Bionic, which will allow features like automatically identifying when the phone’s camera is pointed at the text. The new iPhone 13 has new diagonally positioned camera modules that are nearly identical to the device from last year.

One of the cameras, according to Apple, is a 12-megapixel wide-angle lens with a big sensor that gathers 50% more light. The other lens is an ultra-wide lens. One of the camera enhancements is a new ‘cinematic mode’ that can keep the focus on a moving subject.

Kaiann Drance, an Apple iPhone marketing executive said, ‘The competition is still playing catchup to our chips – not just from last year, but even from two years ago.’

The Series 7 smartwatch will have a bigger display and faster charging than the previous models. It will be available later this autumn and will start at $399.

The battery of the iPhone 13 and iPhone 13 mini is larger. As per Apple, it will last up to an hour and a half longer than the iPhone 12. This is fantastic news for fans of the iPhone 13 mini. Last year, the iPhone 12 mini’s battery was mocked for not lasting as long as larger versions. The iPad Mini has been upgraded as well, featuring a 5G connectivity and a new design that matches the iPad Air and Pro models.

Apple also introduced a new camera to the iPad’s basic model, allowing people to work and learn from the comfort of their own homes. The regular iPad costs $329, while the iPad Mini costs $499. Both will be available for purchase next week.