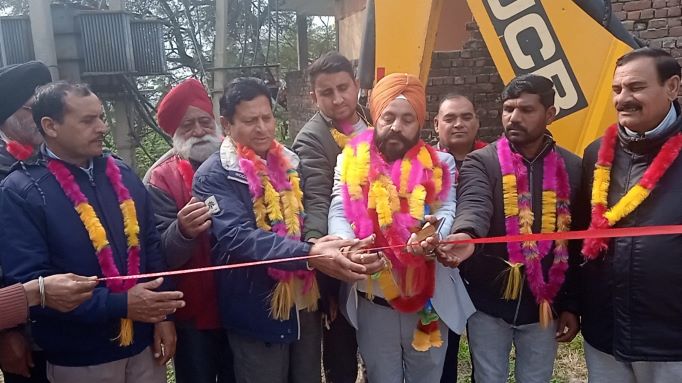 This development work will be completed with an estimated cost of Rs 60 lakhs. Notably, the work of tube well worth Rs 3 crore has been completed in the area. On the occasion, Naib Sarpanch Pyare Lal, Panch Pawan Singh, Panch Satya Devi and other representatives of Panchayat were present.

Speaking on the occasion, the Sarpanch Gurdeep Saini said that the people of the Panchayat had demanded that they should also get the benefit of Jal Shakti Mission scheme launched by the Central Government due to which he raised the demand of people of the Panchayat before the concerned authorities and started the tubewell work in the panchayat at a cost of Rs 3 crore.

During this, he demanded from the government that the tenure of the Sarpanch and Panchs should be extended so that the stalled development works in the Panchayats could be completed soon.

Among others who were present include Chairman Darshan Singh, Harjinder Singh, former Chairman Amar Singh Charak, Somnath and officers of Jal Shakti Department were present.