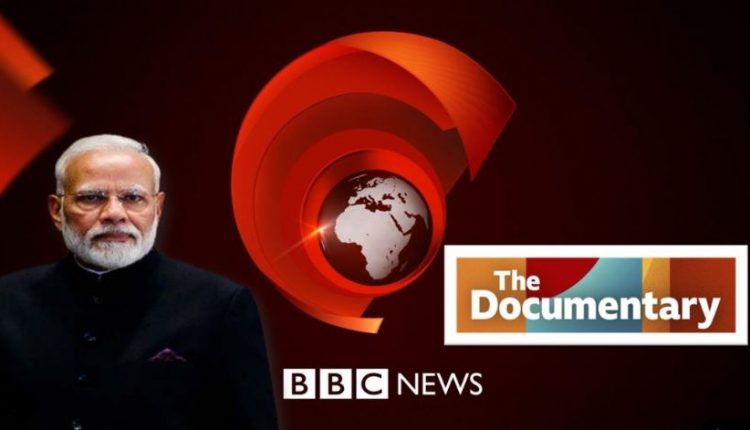 19-01-2023 : The Indian government has criticized a BBC documentary about Prime Minister Narendra Modi, calling it a “propaganda piece” that is designed to push a particular “discredited narrative” and that the continuing colonial mindset is “blatantly visible” in the series. External Affairs Ministry spokesperson Arindam Bagchi questioned the purpose of the documentary and the “agenda” behind it and said, “frankly we do not wish to dignify such efforts”.

The two-part BBC documentary “India: The Modi Question” claims to investigate certain aspects relating to the 2002 Gujarat riots when Modi was the chief minister of the state. “Let me just make it very clear that we think this is a propaganda piece designed to push a particular discredited narrative. The bias, the lack of objectivity, and frankly a continuing colonial mindset, are blatantly visible,” Bagchi said.

When asked about comments made by former British foreign secretary Jack Straw on the riots, Bagchi said he seemed to be referring to some internal report of the UK government. “How do I have access to that? It is a 20-year-old report. Why would I just jump on it now? Just because Jack Straw says it, how do they lend it that much legitimacy,” he asked. “I heard words like inquiry and investigation. There is a reason why we used the word colonial mindset. We do not use words loosely. What inquiry? They were diplomats here… investigation, are they ruling the country. I do not agree with that characterization.”

To a question on claims of deaths of UK citizens, Bagchi said if there were deaths in India, the legal procedure of the country has to be followed. “Whether they took up in 2002, I do not have an idea,” he said, adding that there have been a lot of legal processes against deaths that have happened during that time.

In summary, the Indian government has dismissed the BBC documentary about Prime Minister Narendra Modi as a “propaganda piece” and questioned the purpose and agenda behind it. They have also criticized it for promoting a colonial mindset and lack of objectivity. The documentary has not been screened in India yet. The External Affairs Ministry spokesperson also noted that if there were deaths of UK citizens, legal procedures in the country have to be followed.