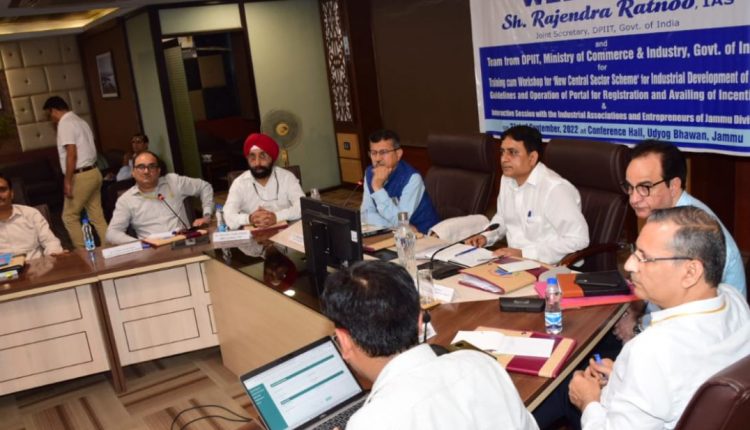 In the afternoon session, the team has a thorough interaction with the Industrial Associations of Jammu for the Industrial Development of Jammu & Kashmir. Sh. Rajendra Ratnoo, IAS apprised the association members about the various financial and tax benefits under the New Central Sector Scheme to attract new investment in the UT of Jammu and Kashmir, both in the manufacturing and service sectors, and also explained various features of the NCSS portal, clearing their doubts about various aspects of the NCSS. And also hands-on training was imparted to the official working of the NCSS portal.

Sh. Rajendra Ratnoo, IAS assured full cooperation in the implementation of their projects and availing various incentives being extended by the State / Central Government. He highlighted that the Government has taken a very keen view of the sustainability of the existing enterprises and invited new investments in the UT of Jammu & Kashmir as well.