LG urge people to practice yoga for their holistic well-being & deepen a sense of connection between inner consciousness and the external world.

Yoga is a rare scientific method that improves physical and mental strength, creates a crystallized center in the individual, helps in managing stress, and promotes self-care: LG 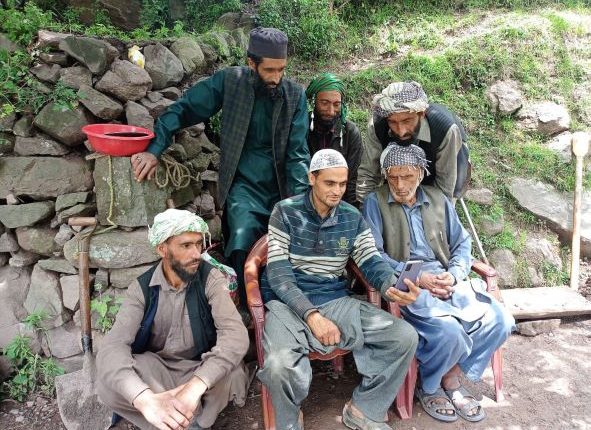 SRINAGAR, JUNE 19: In this month’s ‘Awaam Ki Awaaz’ programme, Lieutenant Governor, Manoj Sinha urged the people to practice yoga for their holistic well-being, and deepen a sense of connection between inner consciousness and the external world.

As a run-up to the upcoming International Day of Yoga on June 21 to be observed on the theme ‘Yoga for Humanity’, the government is conducting various awareness programmes to maximize participation in yoga-related activities.

Yoga is a rare scientific method that improves physical and mental strength, creates a crystallized center in the individual, helps in managing stress, and promotes self-care, said the Lt Governor.

Expressing gratitude to Hon’ble Prime Minister Shri Narendra Modi for working tirelessly to make yoga an integral part of people’s lives, the Lt Governor said, “Yoga is contributing to resilience against several diseases and through the unity of body and mind, it is providing a holistic approach to health and well-being”.

Appreciating organizations and individuals for their active involvement in promoting yoga among the people, the Lt Governor mentioned about Mohammad Tahir of Zakura Hazratbal who is organizing free training camps throughout the year in different districts of Jammu and Kashmir. Similarly, Shabir Ahmed Dar of Srinagar has been organizing special yoga therapy camps since 2009 through his organization Yoga Society of Kashmir.

The Lt Governor also enlisted the initiatives taken by the government to establish yoga centres in the UT for promoting natural and healthy practices among the people. This year, under the Fit India Movement, the Department of School Education is also celebrating Yoga Day on a large scale, he added.

Government’s endeavours to ensure effective implementation of ‘One District One Product’ scheme across J&K remained another area of focus in this 15th edition of ‘Awaam ki Awaaz’ programme.

Under the guidance of Hon’ble Prime Minister, we are developing the potential of the districts as an export hub and changing their economic landscape. People associated with products like Walnut, Olive, Lemon Grass, etc can take advantage of this scheme by meeting the officers in the respective selected district. Central Government is providing 35% subsidy on the concerned unit and through this marketing platform will also be provided for these products, observed the Lt Governor.

Doda district was earlier declared as Olive District but now considering the production of Walnut, I am sure that the farmers of Doda growing Walnut can also take advantage of this scheme, said the Lt Governor.

The Lt Governor made a special mention of Javed Ahmed of Zainakote who is mobilizing people to clean Hokersar wetland and nurses the dream of wetland restoration that could rejuvenate the ecosystem.

Abdul Samad, a nonagenarian from the Kehnusa of Bandipora, deserves credit for keeping the traditional art of making paddy straw slippers (pulhor) alive. On account of their environmental, cultural and economic value, these products are silently finding takers in the present times, said the Lt Governor.

The Lt Governor called upon the enterprising women folks of J&K to draw inspiration from Preeti Chib of village Akalpur Jammu who has become a household name by sheer hard work and ingenuity. Her flourishing brand called the ‘Preeti Mushrooms’ has become synonymous with self-reliance, gender equality and women empowerment, he added.

The Lt Governor shared the suggestion of Shubham Gupta from Rajouri on making public equal stakeholders in the process of ‘identification, strengthening and promotion of the spiritual circuits’ in Jammu Kashmir. He also shares a detailed roadmap that focuses on Security, Policy, Responsibility, Accessibility, Youth and Yoga.

Referring to the insight received from Udhampur’s Puneet Sharma on a series of steps for nurturing the ‘innovation quotient’ amongst the youth by means of organizing hackathons, the Lt Governor observed that in the era of the rapid progress of technology, it is necessary to encourage smart and innovative ideas to build knowledge economy. I am proud to share with all the listeners that six students of IIT Jammu have won the Smart India Hackathon, added the Lt Governor.

On Nidhi Goel’s suggestion on adopting an innovative model of ‘Zero tolerance against waste’, the Lt Governor urged all the citizens to perform their civic duty with the spirit of public participation to keep the cities clean. This disciplinarian approach aims to bring behavioral changes, prerequisite for transforming a city into a smart city, he added.

The Holy Yatra of Shri Amarnath Ji is commencing on 30th June. The Administration and the people of J&K are all set to welcome the devotees of Shri Amarnath Ji coming from across the country and abroad. Expecting a heavy footfall of yatris, adequate arrangements have been made this year, observed the Lt Governor.

The Lt Governor also extended his greetings to the people on Baba Chamiliyal’s Mela which is going to be held on 23rd June in Samba district.

Waqf Board imposes ban on receiving of donations forcibly & through exploitative…