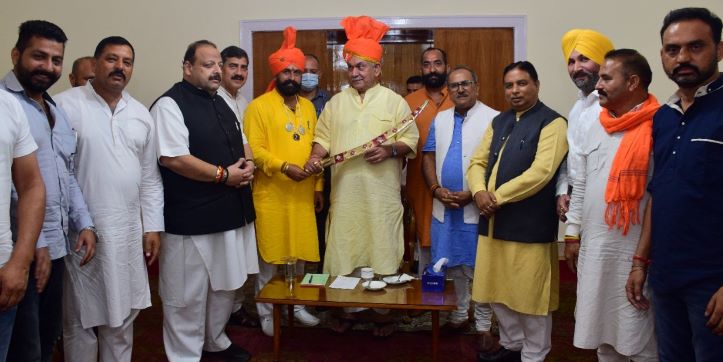 JAMMU, SEPTEMBER 15: The Jammu and Kashmir Government has decided to declare Maharaja Hari Singh’s birth anniversary a public holiday. A notification in this regard will be issued soon.

The announcement was made by Lieutenant Governor, Manoj Sinha following his meeting with a delegation comprising of prominent political leaders, members of the Yuva Rajput Sabha, civil society members, including head of J&K transport union, at the Raj Bhavan today.

Pertinently, on the directions of Lt Governor, a four-member committee was constituted by the UT administration earlier this year to examine the public demand regarding holiday on the birth anniversary of Maharaja Hari Singh.