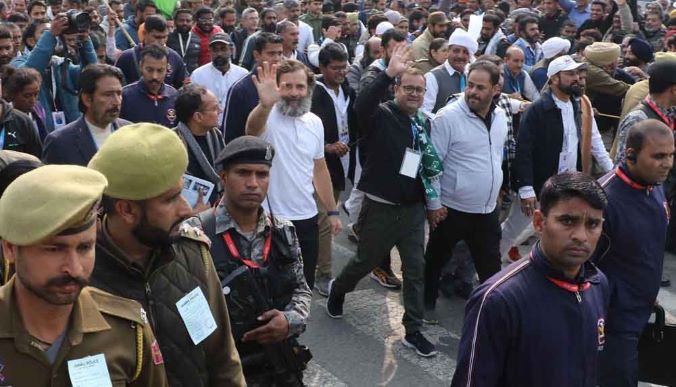 JAMMU: A People’s Democratic Party (PDP) delegation today joined Congress leader Rahul Gandhi during the Bharat Jodo Yatra in Jammu and discussed various issues including the government’s eviction drive as well as demands of Kashmiri Pandit employees with him.

Parvez Waffa informed Rahul Gandhi about the eviction drive launched by the J&K administration to ”snatch” the land from the people despite the fact that they are holding the property for generations. He further informed the Congress leader about the Prime Minister package Kashmiri Pandit employees and Dogra employees who have been on strike in Jammu for the past over six months, seeking their relocation outside Kashmir following targeted killings.

Growing unemployment in J&K, inflation and economic distress also came up for discussion during the interaction, he added.