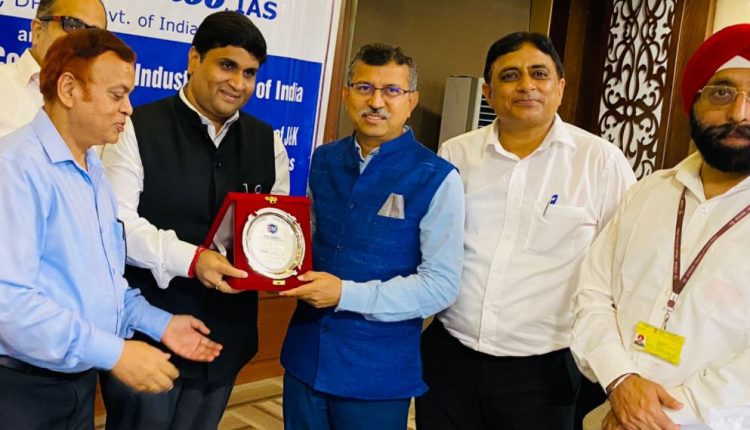 Rahul Sahai Chair thanked him for inviting and providing PHDCCI an opportunity to discuss and deliberate on New Central Sector Scheme for Industrial Development of J & K.

Rahul Sahai said that that the New Scheme will take industrial development to the block level in Union Territory (UT) of J and K, which is the first time in any Industrial Incentive Scheme of the Government of India and attempts for a more sustained and balanced industrial growth in the entire UT.

Officials of NIC gave a detailed presentation of the portal for the New Central Sector Scheme for Industrial Development of J & K. Various issues related to the registration of the units on the portal were discussed.

Other points that were discussed were negative list products of New Central Sector Scheme for Industrial Development of J & K, clarification regarding which type of refineries covered in the scheme, coke and fly ash is the final product or it also include the use of this product as raw material for making other items like fly ash bricks. Also requested to guide on low value addition activities in goods as per preservation during storage, cleaning, operation, packing ,repacking sorting alteration of retail sales price etc.

Rahul Sahai chair PHDCCI suggested that regular workshop on portal operations should be conducted after the launch to guide industrialists .

Mr Rajendra Ratnoo ( IAS) Joint Secretary DPITT, gave a patient hearing to all the issues that were taken and clarified most of them up and said that due consideration will be given to resolve others.