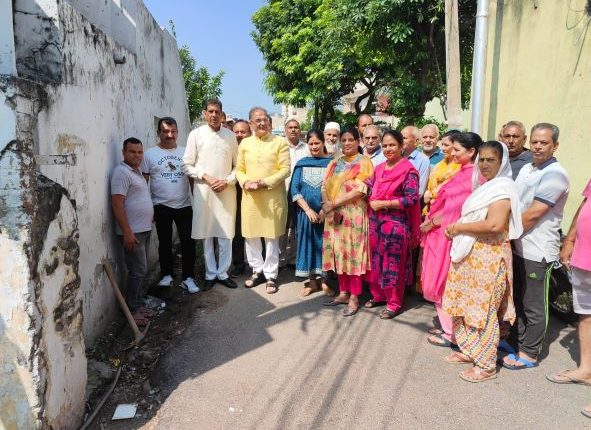 The BJP stalwart leader was addressing a gathering here at Government Gandhi Nagar Hospital during an event held under Sewa Pakhwada.

Kavinder said that PM Modi has restored the lost glory, pride and prestige of Indians through his phenomenal leadership qualities and exemplary acumen.  He said that PM has changed the destiny of the country from a mediocre nation to one among the world’s top powers and for this the country will remember him till eternity.

Later, Kavinder Gupta visited ward No 45 in Digiana and started development work of lane and drain in Lane No. 6.

Addressing the locals, senior BJP functionary assured that no stretch of roads or streets and drains will remain half-done in Jammu as the government is committed to improve civic infra in the coming days. He said that it is just a matter of time as sooner than later each and every nook and corner will get the desired infrastructure with state of art facilities as Jammu is about to become a model smart city with the relentless efforts of concerned quarters of the J&K administration.