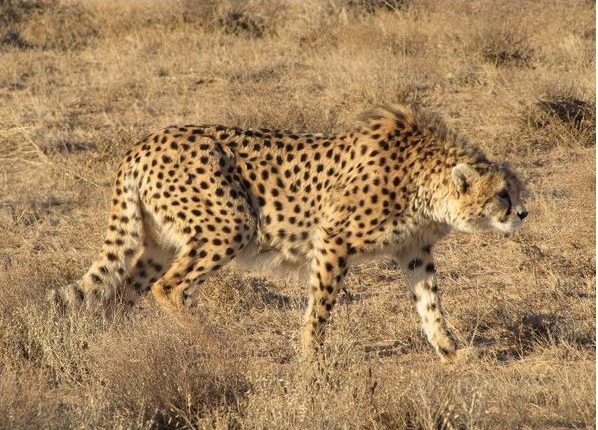 The Kuno National Park has become the new home of the cheetah, the world’s fastest land mammal, which India declared extinct in 1952.  One of the eight cheetahs that had flown down from Namibia stepped out into its quarantine enclosure on Saturday morning when the Prime Minister of India pulled a lever from a high platform. The cheetah appeared to inspect its new surroundings before enjoying a leisurely stroll. The cheetah has returned to India for the first time in 70 years since the species went extinct, after arriving in Gwalior early on and traveling to their new home in Madhya Pradesh’s Kuno National Park. The Prime Minister officially released three of the eight cheetahs — a female in one 5030-meter enclosure and two males in another — and later freed the remaining. According to forest officials, the eight cheetahs will be given meat in accordance with their recommended diet, with great care being taken to ensure that they have as little contact with people as possible during their month-long isolation. They’ll be transferred subsequently into bigger enclosures. For acclimatization and environment familiarisation, the cheetahs will first be kept in small enclosures for a month and then in larger ones for a couple of months. At some point, they’ll be free to roam. Leading naturalist Valmik Thapar listed concerns about “how the big cat will walk, hunt, eat, and bring up its cubs” at Kuno National Park where it purportedly faced “a shortage of room and prey” even as the country lauded this as a significant step in the restoration of the animal in India. Thapar has stated his concerns, stating that the region is populated by hyenas and leopards, two of the cheetah’s main enemies. He claims that the area has 150 villages with dogs that, although being quite gentle animals, can tear cheetahs apart. It is true that the main task doesn’t start until after the Cheetahs have been moved to India. The government calculated the cost of the effort at Rs 224 crore in its document on the cheetah reintroduction plan. Numerous studies have demonstrated how challenging it is to breed cheetahs in captivity. The eight cheetahs will spend the upcoming month in several bomas, which are temporary quarantine cages used to keep an eye on the animals’ health.

While the others were accommodated in separate bomas according to their social units, different pairs of brothers and sisters were placed in a specially constructed boma for their brief stay. The population cycle, as well as their health and survival, must be preserved. Fortunately, all of the cheetahs made it to India safely considering that, according to experts, the average death rate is around 20%. In addition to the cheetahs’ health during the coming month and their ability to hunt in the park after that, the two main challenges for maintaining the cheetah population in Kuno will be to continue building a prey base for the cheetahs and to ensure that there is no poaching. Wildlife experts will be stationed at Kuno National Park for a few weeks to monitor the big cats in their new environment. The Indian government’s efforts to restore cheetahs to India at a time when large cat populations are falling globally are praiseworthy for the time being. We cannot allow our efforts to be ineffective. Moreover, with the return of the cheetah, India has become the only nation to have all five species of great cats: the tiger, lion, leopard, snow leopard, and cheetah.