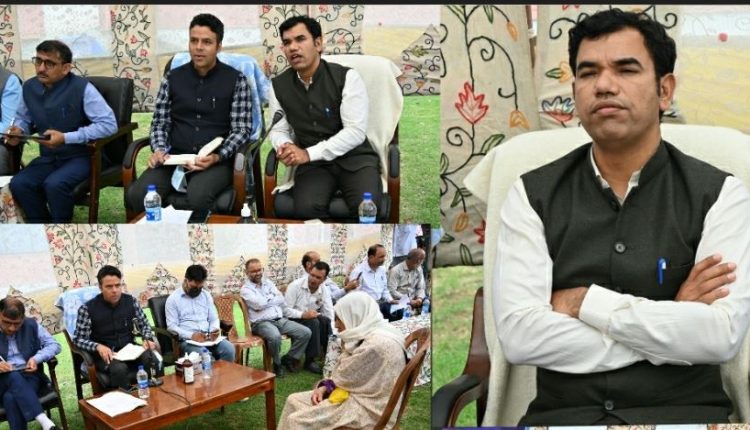 The programme witnessed participation of scores of individuals and deputations of people, PRI members who projected demands and apprised the Commissioner Secretary about the problems and issues faced by them for early redressal.

People from Kund, Sangus, Banimulla, Laroo, Lamad, Batpora, Chachamulla, Shorat, Laisoo and other areas participated in this block devas and put forth their Issues and demands for early redressal.

Similarly, locals from Banimulla Jujjar Basti demanded to scale up work on water supply scheme and construction of road for GujjarBasti. While as, people from Kund Kanchloo demanded construction of extra Bathrooms for School.

People from various other areas also flagged various demands and put forth their issues for early redressal before the Commissioner Secretary.

Officers on the spot responded to the queries and demands of people pertaining to their departments.

While interacting with locals and PRI representatives during the Block Diwas, the Commissioner Secretary assured them that their genuine demands and issues will be addressed on priority, while some of the grievances were also redressed on spot.