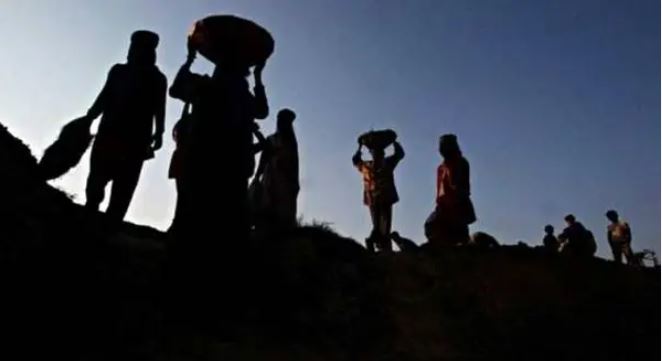 It is clear that Jammu and Kashmir do not have a well-organized labour system if one could even call it that. On several levels, it is a mess. Migrant labour has mostly replaced indigenous labour because of their talents and social “status.” As we can see, migrant workers start off as unskilled workers before quickly becoming skilled workers. They advance to the skilled levels as a result of failure and success. The emergence of migrant labourers in both skilled and unskilled industries has virtually rendered the local labour force impractical. The labourers, whether they are skilled or unskilled, lack a structured, disciplined, or perhaps even controlled system, where there should have been commensurate, practises of work and wages justified for both parties – first the labour, then the owner for whom he or she works. Instead, a vague and haphazard system of jobs and pay is prevalent, especially in the civil labour, industrial sector and service sectors. Minimum wages for workers in various categories have been established by the government and its associated labour authorities and departments, yet they are insufficient and openly overlooked. The government-approved minimum wages for labourers who are ministerial, unskilled, skilled, and highly skilled need to be updated from time to time after an interval time.  The government should do its part to help those who are directly or indirectly employed by the government sector, here special mention of PHE daily wagers, PDD contractual labours etc. so that everyone does not suffer during these difficult economic times when there is high inflation. Having stated that, the government must also consider the situation of workers employed in industries other than government; their requirements should be assessed, examined, and covered by a uniform policy of equity and justice. Because there is no scale for determining who is skilled and who is highly skilled in our UT, no specific criteria apply. A civil labourer who works in a field or by the side of the road receives a daily wage of less than the market wage and is not eligible for regularisation by the government or a private company. The wages for the day are too low for him or her to meet his or her necessities and to feed his or her family, barring the amount of labour he or she does, which is a distinct issue. It is a known truth that “skilled” and possibly “highly skilled” workers, or rather technicians in the field, base their rates on the quantity of devices, equipment, fixtures, or appliances they install, fit, or implant at a certain location. Although their rates appear to be exceedingly high, they are capable of setting them and then raising them whenever they like. There are no controlling organisations visible on the ground to inspect them, their rates’ veracity, and the calibre of their job. For the categorization of unskilled, skilled, and highly skilled phenomena, wages and work clearly need to be considered. Contract work evaluation can be used to determine the average daily work of a labourer, whether they are skilled or unskilled. In our state, skilled labourers typically work on contract, but rates are also unregulated by any governing body. Self-fixed rates are now popular. The so-called expert headmen, or thekhedar as we refer to them, charge the owner for skilled labour or a rate for all the workers while paying their unskilled labourers less. On this basis, they deceive the owner and take advantage of the underpaid workers. Workers or employees in the private sector receive lower pay nowadays. Highly qualified and competent workers put a lot of effort into producing outstanding results for private sector businesses, corporations, factories, schools, and organisations, yet employment rules and labour laws may not contain enough measures to enable these people to get paid more. Whatever name the affected group goes by—labourers, private sector employees, whatever—the government and other stakeholders must rise to the occasion and look into the situation.

The Jammu and Kashmir government should develop a labour strategy after conducting a thorough survey that will cover all the obvious and obscure problems relating to employment, wages, and workers both in private and government sector daily wagers. After that, make sure the policy is fully implemented on the ground, linked with price rise and other economic factors.